Try A Diet For A Day

One Day At A Time 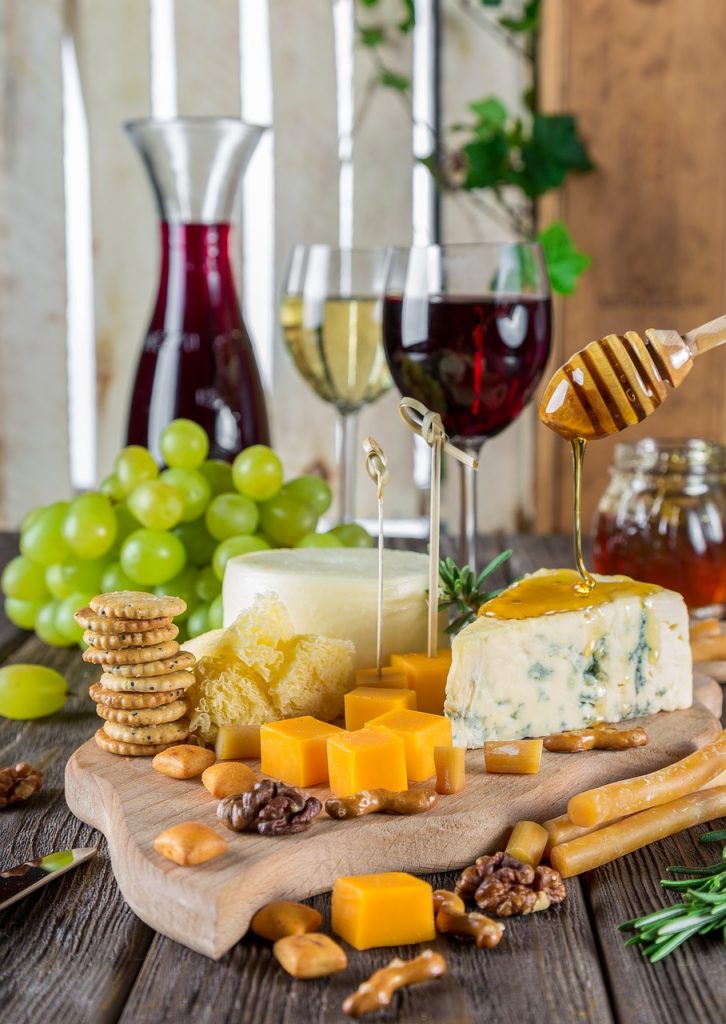 Cheese On A Diet

Cheese is often one of the first things to go when people are on a diet. It is seen as a big “no-no”, because of the level of fat in many cheeses, however, cheese is also a great source of calcium and a little, even on the strictest of calorie controlled diets can help keep strong bones. It is also very filling, so a little can add a great taste and help keep you satisfied and not hungry. If you are out at a restaurant at dessert time, the cheeseboard is much preferable to the dessert trolley.

The Different Types Of Cheese Served In Restaurants

One of the most delicious types of dairy based foods that exists is cheese. It has been a part of our diet for hundreds of years and it is actually a main part of almost every cuisine from around the world. There are many different varieties of cheese that you can eat and they all have different flavors and characteristics. Most people have a favorite type of cheese, or one that they’re most accustomed to. However, in this article, we will be taking a closer look at some of the types of cheeses that are typically served in restaurants.

The first cheese we will look at is Brie. This is a soft and creamy cheese that originated from France and it is quite a mild cheese. It generally has a pale yellow color with a white rind and it has about 334 calories per 100 grams. The center is deliciously soft and the rind is slightly chewy. If you want a stronger version of Brie, then you can try its cousin, Camembert cheese. Brie is a very popular cheese around the world and you can eat it with a variety of cured meats, fruits and wine.

Cottage cheese is up next and this cheese is quite similar to ricotta cheese. This cheese has a very different production process and as a result, it has a different nutritional profile. It has a significantly lower fat content which means it’s lower in calories. One hundred grams of cottage cheese is only 98 calories which makes it a fantastic cheese for people who are on a diet. It is a very moist and creamy cheese and it looks like white curds. It has a very high protein content along with a very lumpy texture.

Lastly, we will look at Gorgonzola cheese, which is a blue cheese, so called because there are veins of blue running through it. This cheese originates from Italy and it has a very sharp and strong flavor. There are mainly two varieties in this type of cheese and they are Dolce and Piccante. Dolce is aged for under three months and as a result, it is very creamy, soft and almost spreadable. Piccante on the other hand is aged for between six and twelve months and is very pungent while being crumbly. This makes it perfect for eating with certain dishes.

Some of these cheeses are served on the cheeseboard at the end of the meal, often in place of a dessert, though not always. They can be served with wine and are often eaten with crackers or bread of some kind.

In closing, we have just looked at some of the different types of cheeses that are served in restaurants. There are many more varieties so be sure to continue reading and learning to gain a greater understanding of cheese.

This website uses cookies to improve your experience while you navigate through the website. Out of these, the cookies that are categorized as necessary are stored on your browser as they are essential for the working of basic functionalities of the website. We also use third-party cookies that help us analyze and understand how you use this website. These cookies will be stored in your browser only with your consent. You also have the option to opt-out of these cookies. But opting out of some of these cookies may affect your browsing experience.
Necessary Always Enabled
Necessary cookies are absolutely essential for the website to function properly. This category only includes cookies that ensures basic functionalities and security features of the website. These cookies do not store any personal information.
Non-necessary
Any cookies that may not be particularly necessary for the website to function and is used specifically to collect user personal data via analytics, ads, other embedded contents are termed as non-necessary cookies. It is mandatory to procure user consent prior to running these cookies on your website.
SAVE & ACCEPT